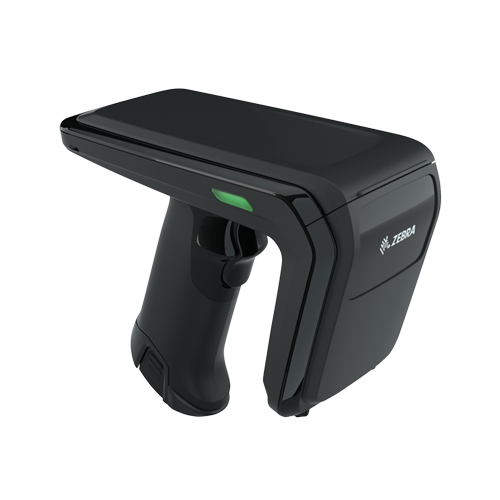 Captures more than 1,000 RFIDs per second

The Zebra RFD40 UHF RFID reader is ideal for quick RFID capture – making retail, hospitality and healthcare work both faster and more efficient. Thanks to tri-function triggers, the RFD40 takes inventories incredibly quick and locates objects and patients in the shortest possible time via the extremely precise item-finder mode.

With the RFD40's quick-trigger feature, workers capture more than 1,300 RFIDs and barcodes per second at a reading range of more than 6 m. The reader has an additional programmable button for input or push-to-talk functions and is equipped with a powerful 7,000 mAh battery. It supports the latest Zebra mobile computers, including WWAN-enabled variants, making it the ideal complement for Zebra's TC21/TC26 and EC50/EC55 mobile computers, as well as computers running Windows operating systems. Zebra mobile computers not yet released will also be compatible with the RFD40.

eConnex technology allows for quick connection of the RFD40 with mobile computers and snap-and-go pairing. The UHF RFID reader is also very robust; Zebra has designed the RFD40 to be very durable. It withstands falls from up to 1.8 m and survived 1,000 falls from 0.5 m in the tumble test. The RFD40 features IP54 certification and operates reliably in a temperature range of -10 °C to 50 °C.

A USB-C port on the bottom and a pen connector connect the RFD40 reader to a Windows-based PC or other host – enabling the RFD40 to be used as a tethered RFID reader. It is also a future-proof investment, because the RFD40 meets all RFID and data acquisition requirements far into the future.

To configure the RFD40 reader live and offline, connect it to »123RFID Desktop« via a USB-C cable or cable cup -– this may also be used to perform proofs-of-concepts, demos and firmware upgrades. If a real-time connection to back-end systems is not available, the reader's batch mode enables the capture of up to 40,000 RFIDs. The RFD40 then only needs to be synchronized to upload the data to the host device at any time.

Various charging cradles, as well as adapters, holsters and an RFD40 battery locking foot, are available for the UHF RFID reader. It locks the battery, thereby preventing user damage and theft.